Posted by admin on September 21, 2015 in Related | Comments Off on City Century by Michael Bloomberg 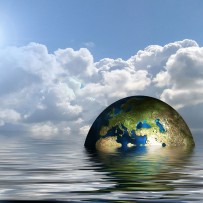 Athough history is not usually taught this way, one could argue that cities have played a more important role in shaping the world than empires. From Athens and Rome to Paris and Venice to Baghdad and Beijing, urban ideas and innovators have left indelible marks on human life. By concentrating the brainpower of humanity in relatively small geographic areas, cities have promoted the kinds of interactions that nurture creativity and technological advances. They have been the drivers of progress throughout history, and now—as the knowledge economy takes full flight—they are poised to play a leading role in addressing the challenges of the twenty-first century.

One hundred years ago, some two out of every ten people on the planet lived in urban areas. By 1990, some four in ten did. Today, more than half of the world’s population dwells in urban areas, and by the time a child now entering primary school turns 40, nearly 70 percent will. That means that in the next few decades, about 2.5 billion more people will become metropolitan residents.

The world’s first Metropolitan Generation is coming of age, and as a result, the world will be shaped increasingly by metropolitan values: industriousness, creativity, entrepreneurialism, and, most important, liberty and diversity. That is a hopeful development for humanity, and an overpowering counterweight to the forces of repression and intolerance that arise out of religious fanaticism and that now pose a grave threat to the security of democratic nations.

As those in the Metropolitan Generation assume leadership positions, cities will become not just more culturally significant but also more politically powerful. Influence will shift gradually away from national governments and toward cities, especially in countries that suffer from bureaucratic paralysis and political gridlock.

This trend has already emerged, and it is most pronounced in the United States. Congress began reducing funding for infrastructure in the late 1960s, a mistake that, coupled with the loss of manufacturing jobs, dealt a devastating blow to cities. Nevertheless, federal divestment also produced an important benefit: cities eventually recognized that the best replacement…

About the Author: MICHAEL BLOOMBERG is Founder and CEO of Bloomberg LP. From 2002 to 2013, he was Mayor of New York City. Follow him on Twitter @MikeBloomberg.