The reactor liquid is pumped at sufficient pressure and flow through a restricting nozzle to create a jet of liquid that is directed strategically into the reactor vessel. The velocity of the jet is sufficient to induce secondary flow in the tank, in the vicinity of the nozzle and parallel to the axis of the liquid jet. In practical applications the preferred liquid jet velocity varies from 20 to 50 feet per second. The secondary flow rate is reported to vary as a relation to the nozzle velocity and mixing system configuration. Flow rates as high as five to seven times that of the primary jet are claimed. Mixing intensity is vigorous in the area surrounding the jet nozzle. The secondary flow draws liquid from the extreme areas around the nozzle creating secondary circulation and mixing in these outer zones.

ET Squared’s patented Nested Nozzle Mixer simplicity is the key to performing complex tasks when mixing various slurries through the forces of hydrodynamics which allows for more elements to be mixed using just one system.

E T Squared has combined multiple functions into one piece of equipment. A company can now have a double fluid mixture or have a fluid/gas mixture in one vessel. This reduces a company’s equipment costs and space requirements, reducing its capital investment for new projects or retrofitting existing systems.

Another benefit is the reduction of maintenance required to operate and clean the nested mixing system and vessel. The beverage, bio-gas, food, feedlot, mining, waste water and waste-to-energy industries…these are just a few of the industries that will show bottom line benefit when using the E T Squared Nested Nozzle Mixer.

The mixer is described as providing mixing in three distinctive modes and zones in a storage vessel. In all cases the flow stream components were liquids and liquid slurries. 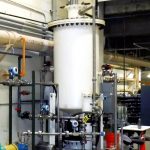 An additional feature of the mixing design is that it is also capable of mixing in a gas/liquid mixing scenario. In this mode the intensity of the primary nozzle flow is sufficient to draw the liquid level down in the mixer annulus to a level in which gas in the tank head space is drawn through the primary nozzle where it is dispersed at the bottom of the tank and floats to the surface. This creates another mixing regime desired in many vessel mixing applications. This pattern creates a bottom to top circulation significantly different from the previously described mixer performance in which only liquids and liquid slurries are involved. In applications where surface gas diffusion into the vessel bulk contents is desired this mixer can provide a mixing/gas diffusion capability in one unit where two separate vessel processing systems would normally be required. 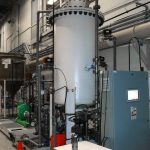 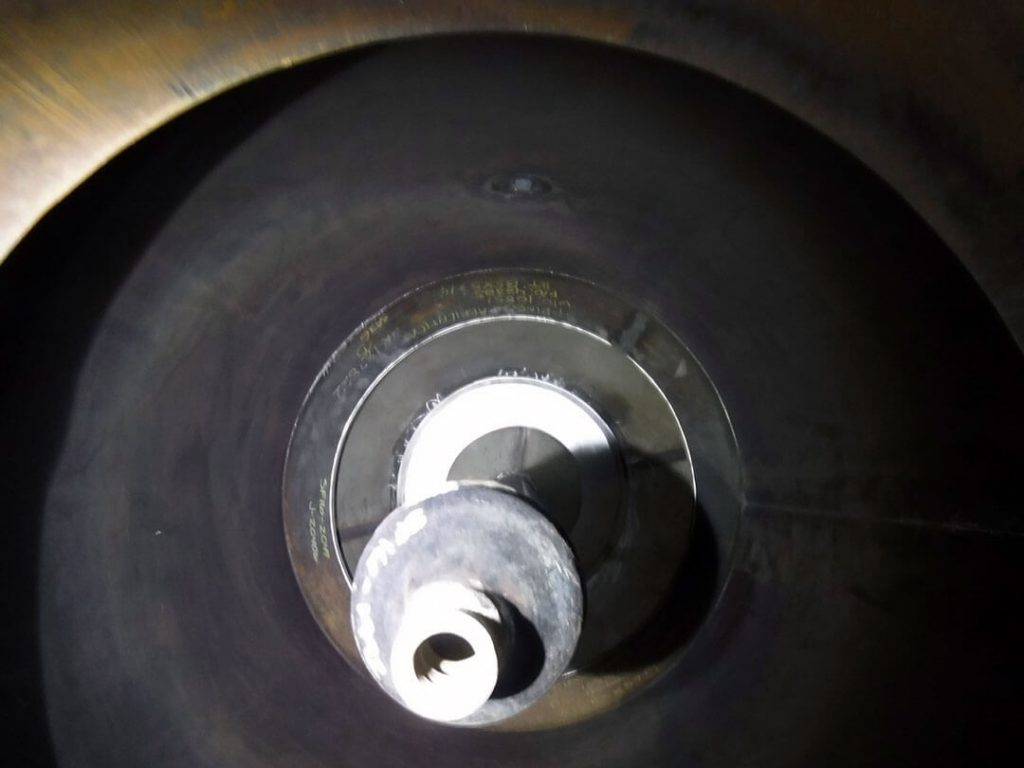 Nested Nozzle Mixer prototype during assembly. Testing is ongoing 2019.  Data is being collected and analyzed proving the two patents claims setting a new standard for the industry.